CONCERT AGAINST THE CONSTRUCTION OF NUCLEAR POWER STATION IN ŻARNOWIEC

THE HUGE WALL, MADE OF THE CARDBOARD TV BOXES, COVERS THE SCENE.
PRAFFDATA MAKES THE DIRTY SOUNDS. WE ARE PAINTING THE RADIOACTIVE SIGNS ON THE WALL. EQUILIBRIUM CANNOT BE MAINTAINED TOO LONG. THE WALL WILL BE RUINED. ON THE RUBBLE STANDS INDESTRUCTIBLE REACTOR. SUDDENLY THE TRACTOR APPEARS. TRACTOR ATTACKS REACTOR! TRACTOR KNOCKS OVER THE TRACTOR AND NAILS HIM TO THE GROUND.
TRACTOR WINS! THERE IS STILL NO NUCLEAR POWER STATION UP TO NOW.

In such a context of complete impudence, on 11-th of April the agency Ariergarde 1, has conducted a press conference on the anarchist, ecological and socio-metaphysicaltopics. It took place in the apartament of Marlene Dietrich in Zopott Grand Hotel.
For press were doing Jany – as a redactor of the underground „Homek” magazine, plus Zbyszek and Konjo, as the discerning multipliers of the third circuit writings. Arek Drewa, crazy Danzig photographer, became the new fighter of Transitorium, valiantly documenting, since then our every confluence.
The culmination of the conference was a common walk to the Sopot beach to light 200 candles, with the ethno sax sounds played by our colleague Fifa aus Praffdata. This specifically profusion Land Art was a nice prologue to the next day of the ariergarde exceedances.
For dessert Praffdata prepared fabulous painted freestyle called „Tractor or Reactor”. Activity was compatible with the escalating protests of independent environmentalists against the construction of the nuclear plant in the nearby Żarnowiec. All of us lived then with the echoes of the Chernobyl crash, so the subject appeared to be painfully up-to-date. In their usual manner, with the strength of a dozen guerillas, they made an extensive, confluent improvisation. As an intro they have released a projection of the experimental scratch film by Mr. Antoniszczak „How is the Sausage Dog built?” In the meantime the rythm section played the hysterical motif, Faustyn and Maciek were building the wall surrouding the atomic megapolis. All of them were exchanging the instruments with each other, so it’s even hard to tell who exactly was playing on what in Praffdata. Fellows Faustyn and Maciek, properly adorned as the tractor and reactor, has fought a regular duel on the soiled ground. The expressive action painting caused unusual enthusiasm among the Ariergarde audience, who hooked up spontaneously to the work of deconstructing the reactor. 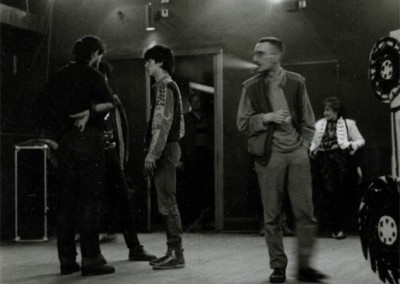 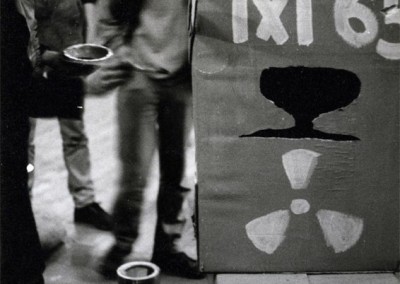 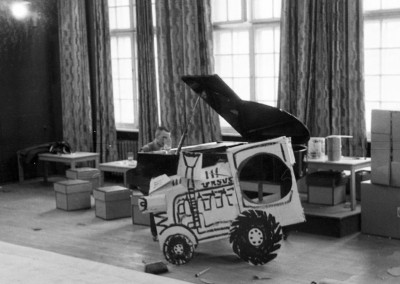 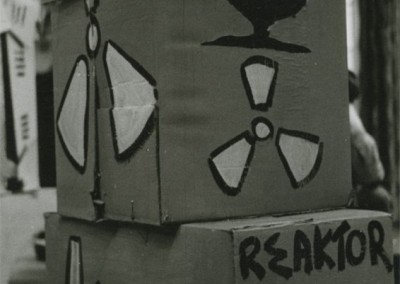 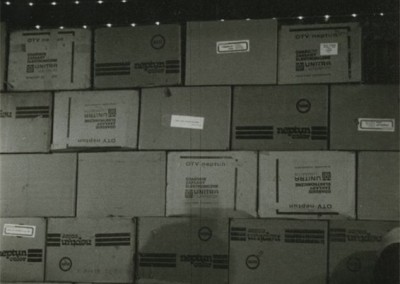 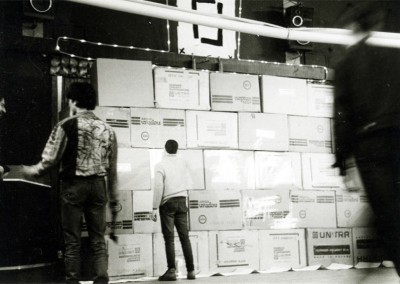 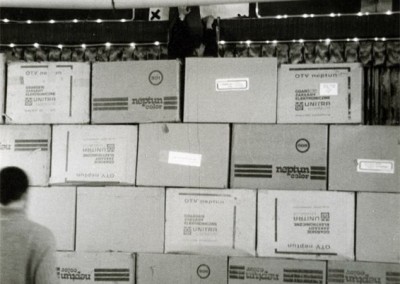 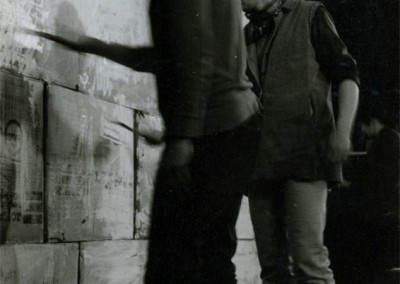 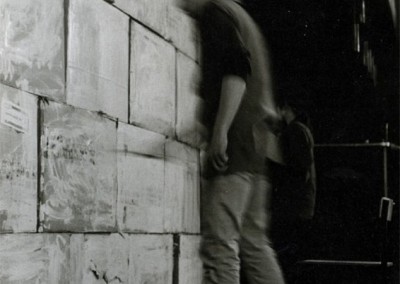 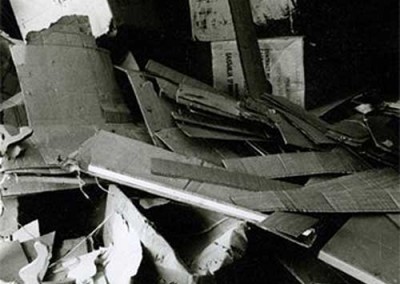 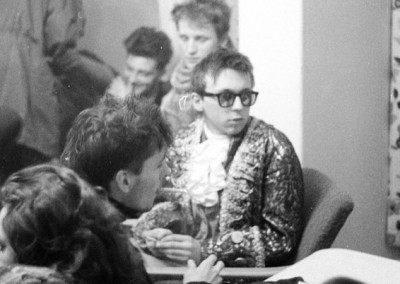 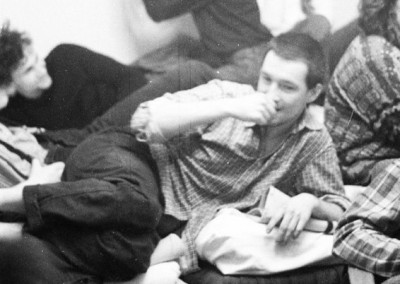 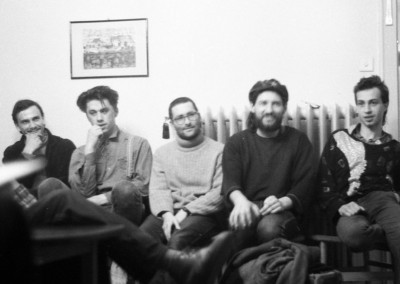 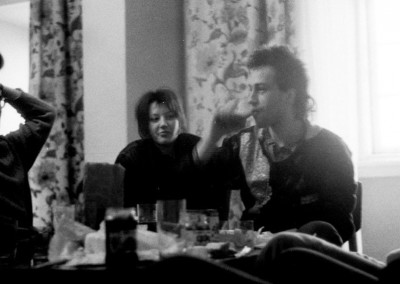 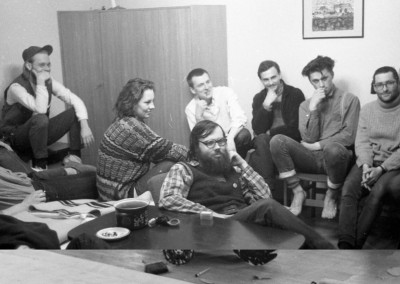 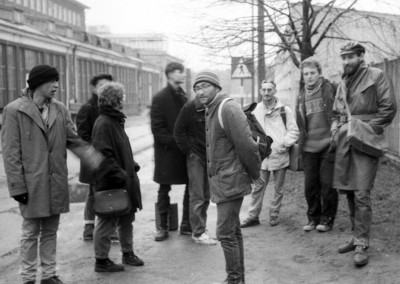 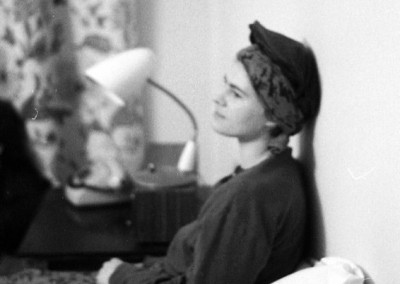 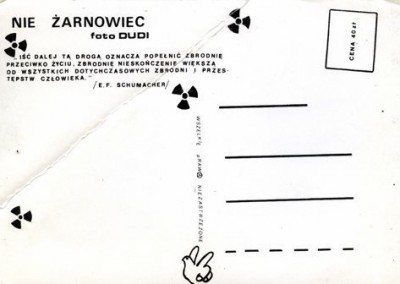 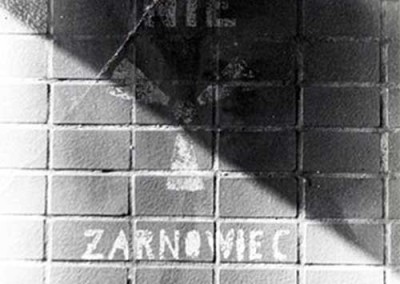