Paintings from that time have been made by the rule: wherever and whenever it is possible! So some part was created in the countryside – Antoniówka – small village settled by the Kozienicka primaeval forest, near Suskowola, where Jurek Czuraj was living and acting. At that time he was keeping his house open and it was very inspiring space for many people. The neighbourhood of those places was very nourishing for all of us!
The other places were the Warmia colonies, where many persons from Warsaw, having artistic aspirations, have settled down.
Some part of those paintings came into being in Warsaw apartments – among others in the atelier of Ela Mielczarek. The rest was made in the houses around Warsaw, the two of them, of the largest dimensions (10 meters long) were done during the rehearsals of the Zgoda band in the beatiful property of the Nalepa’s in Józefów.

At the end we have to mention about the great transitoriness of these works – not necessarily their subjects but also other aspects.
First of all, the majority of them was painted on the „bristol” cardboards. What more – the main kind of the paint that we used then were polish poster colours and distempers, of the very faint pigments and only the tiny amount of acrylics and Talens distempers (very hard to get at those times in Poland) to give the painting the final touch, which was making the colours really vivid! 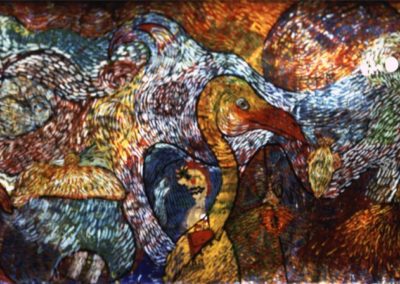 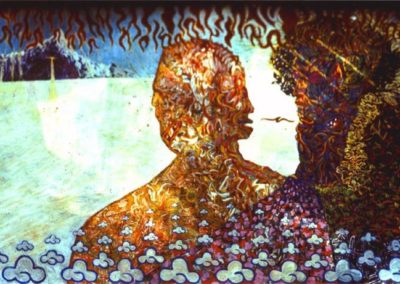 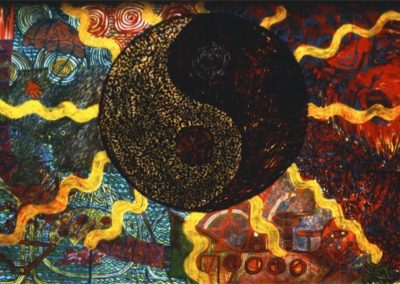 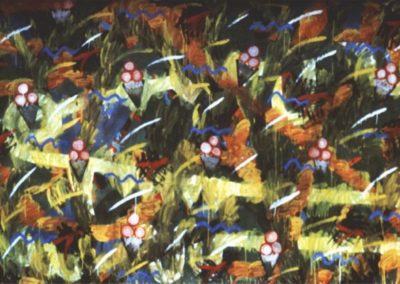 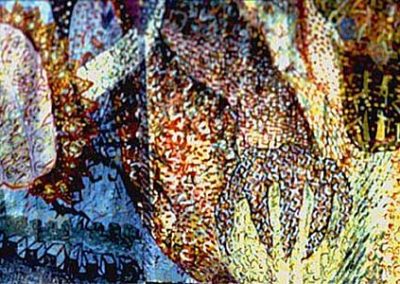 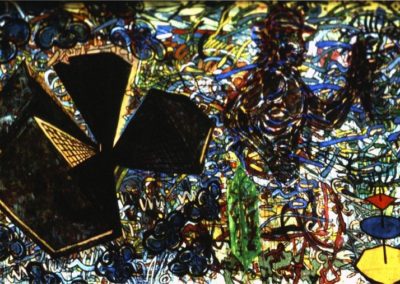 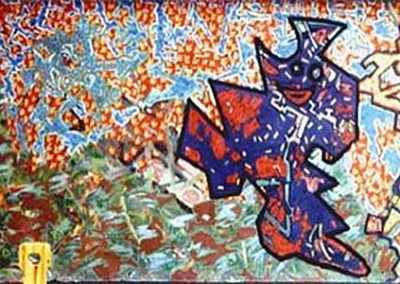 The alien on the meadow turning somersaults 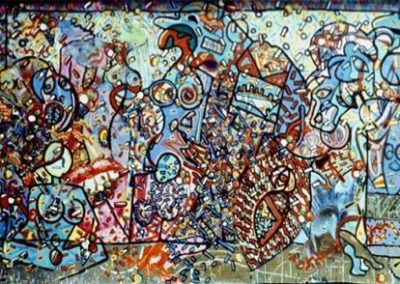 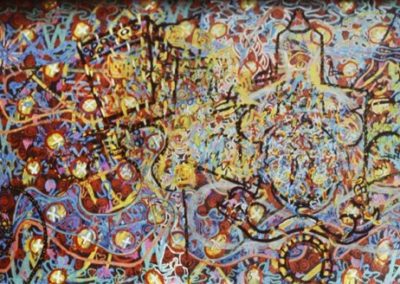 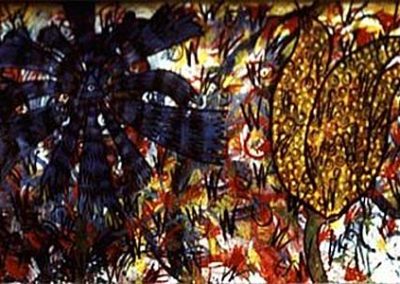 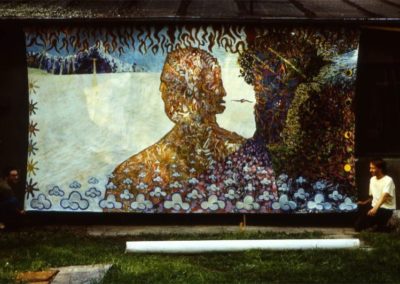 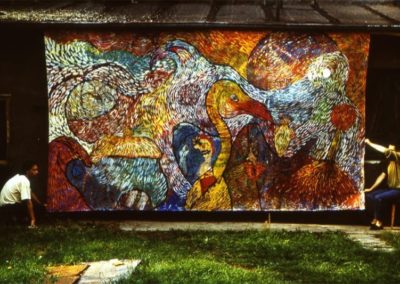