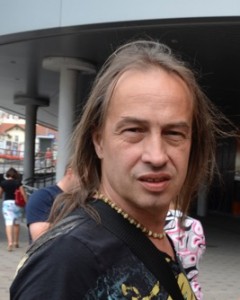 I was born on 19-th of March in the year 1961. It was the Sunday’s dawn in the year of Gagarin – while I was landing on the planet Earth, he was taking his departure on the space conquest… Studying didn’t come about me, I was gaining the art skills in practice…
Above all I’m involved in painting. My first exhibition took place in December 1980, since then I have shown my works numerous times. I was creating scenographies, performances, I was designing clothes, interiors, I was performing together with the bands as the living scenography, on frequent occasions I was painting „live” for the large audience.
The eighties where the years of the artistic community: Maciek Wilski, Praffdata, Zgoda, Jerzy Czuraj, Ela Mielczarek and many, many others.
In the nineties I moved to the countryside near Olsztyn, where I began realizing
my socio- artistic project: „The Independent Temple of Art”.
In Olsztyn I joined and co-created the From Pub enterprise.
In the year 1996 I won the Field Hammer Throw to the TV World’s Championships.
At the same time I took the effort to restore the right dignity of the capsules competitions – by popularizing this game, building the tracks and co-organising the contests. I’ve also acquired a few titles-the group and the individual ones. At the same time, I was still painting, performing, co-operating…
Finally we took a chance to join the From Pub and Praffdata enterprises, to create the artistic-alternative form of business, what took some part in my decision to move back to Warsaw. The New Millenium I greeted in the capitol city. Here, together with the splendid paintress Eva Chełmecka, we have created the basic social unit, after a while Filip has joined us. At that time I was focused on the livelihood and preoccupied with my individual creation.
In 2010-th Robert Brylewski has invited me together with Maciek Wilski, to celebrate the 25-th anniversary of The Kryzys band. After this successful performance we have decided to come back to our painting co-operation, we have painted a few new, large canvases and we have sorted out the historical materials creating this website… 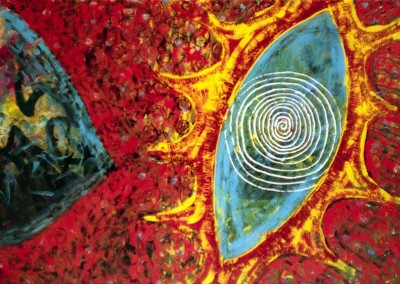 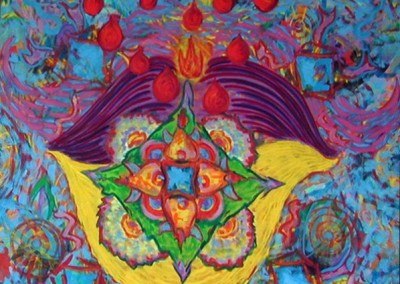 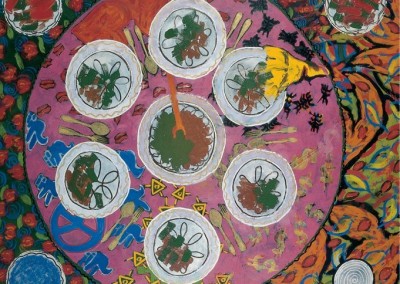 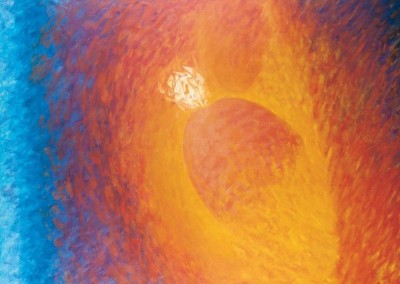 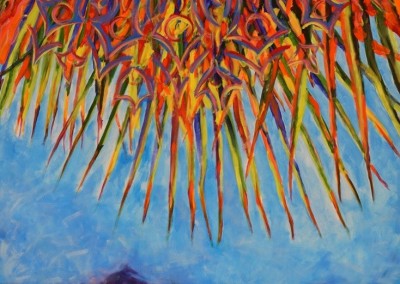 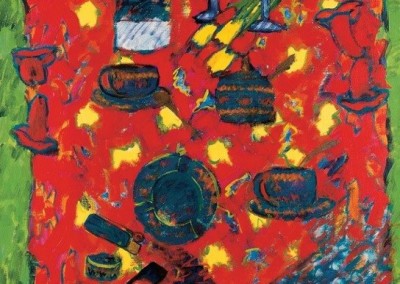 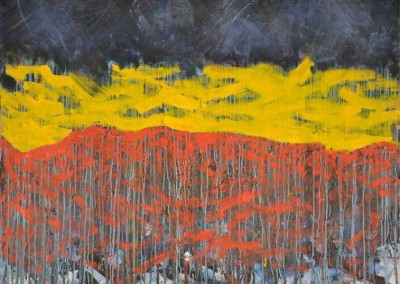 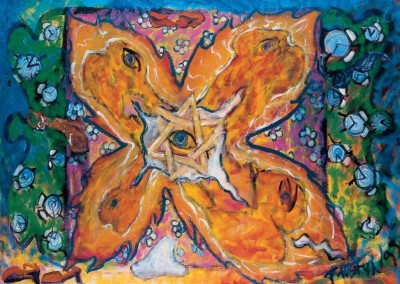